“Manga had a spectacular year in 2020 despite the global COVID pandemic. Readers have been diving into manga as a big form of COVID era entertainment, and there’s growth across the board, even in the channels most affected by COVID shutdowns. Now more than ever, understanding this key category is critical.” 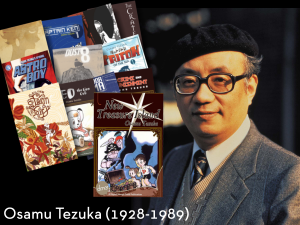 There are a few generally accepted definitions of manga, from its literal translation of “whimsical or impromptu pictures” to the more common “Japanese comics.” There’s also the looser description many non-manga fans use, as Benn Ray, co-owner of Atomic Books, recently noted: “Most of the people looking for manga erroneously refer to it [as] ‘the anime.'”

If you’re not an avid manga reader and don’t know the difference between it and anime, or Shonen and Shoujo, understanding the ins and outs of the medium can be daunting, even if you’re familiar with Western comics’ classic superheroes and/or the many award-winning graphic novels of recent years. While you may have heard of some of the most popular manga series like Attack on Titan, Berserk, Demon Slayer, My Hero Academia, and Naruto, if you’re responsible for building a diverse, representative collection of manga, you’re going to have to expand your knowledge beyond that.

This brief primer will help librarians and educators get a better understanding of what manga is, its unique categories, and some key titles to consider for your collection and/or readers’ advisory recommendations.

Manga is a medium that covers every genre you can think of, for readers of all ages and interests. The most popular manga are initially published in Japan where cultural differences can make finding “age-appropriate” titles more challenging, so understanding manga’s specific categories, and how “Amerimanga” may differ, is a critical first step to building a strong collection.

The most popular Shōnen examples include Attack on Titan, Naruto, and One Piece, while Stan Sakai’s Usagi Yojimbo is a classic in the category. The most popular Shōujo examples include Boys Over Flowers, Fruits Basket, and Glass Mask. Avatar: The Last Airbender and The Legend of Korra are excellent Shōnen-adjacent recommendations which have found a growing audience thanks to Nickelodeon’s anime series debuting on Netflix during the beginning of the COVID-19 pandemic, while Disney has put a Shōujo spin on some of their most famous characters in series like Descendants, Fairies, and Kilala Princess.

The most popular Kodomomuke examples include Doraemon, Dragonball, and Pokemon, as well as Tezuka’s classic Astro Boy. Perhaps not surprisingly, this is another category where Disney has found success with manga adaptations of several of its popular characters, including Stitch.

Because manga isn’t “just for kids” in Japan, there are distinct categories for older readers and more mature interests, too.

The most popular Seinen examples include Berserk, Crayon Shinchan, Golgo 13, and Oishinbo. Kazuo Koike & Goseki Kojima’s Lone Wolf and Cub and Hiroaki Samura’s Blade of the Immortal are also considered hugely influential classics in the category.

The most popular Josei examples include Chihayafuru, Nodame Cantabile, and Usagi Drop. Bizenghast is a notable example of a series that fits the category despite originally being published first in the United States, in English, sometimes referred to as “Amerimanga” and making it manga-adjacent for some readers.

The most popular Yaoi and Yuri examples include Killing Stalking, No Touching at All, Ten Count, and Citrus, Murciélago, My Lesbian Experience With Loneliness, respectively.

And finally, there’s a broad range of non-traditional and manga-adjacent titles to be aware of including but not limited to “Amerimanga.”

“For fans, by fans,” Doujinshi can be a controversial category for manga purists. Some of the most popular examples include Boundry of Emptiness, The Full Room, and The Tyrant Falls in Love, while a more liberal definition might also include the majority of manga-adjacent and -inspired titles from publishers as varied as Antarctic Press and Tokyopop.

Manga is an incredibly diverse medium and there are a lot of opportunities to get lost in the weeds as you begin, or refine, your collection development strategy to incorporate it. Worse, you might deprive your readers of serendipitous discovery by only focusing on the most popular titles they already know about. Beyond the bestsellers in every category is a deep backlist to discover and enjoy, but building a truly diverse collection can put a strain on even the most ambitious budgets.

Engage your readers to find out what they’re already reading AND watching. Familiarize yourself with a range of great resources that specialize in manga for reviews and insights, including Good Comics for Kids, Manga Bookshelf, Manga Librarian, and No Flying No Tights.

And when balancing your budget between physical and digital collections, take advantage of Comics Plus’ unlimited simultaneous access to expand and diversify your manga collection with more than 2,000 titles—without breaking your budget!